The pineapple (Ananás Comosus) is a tropical plant with a multiple edible fruit consisting of fused berries, also called pineapples, and the most important plant economically in the Bromeliácea family.

Pineapples can be grown from the displacement produced in the upper part of the fruit, possibly blooming in five to ten months and fruiting in the following six months. Pineapples do not ripen significantly after harvest. In 2016, Costa Rica, Brazil and the Philippines accounted for almost one third of the world pineapple production.

In the scientific binomial Ananás comosus, the original name of the fruit, pineapple, comes from the Tupi word nanas, which means “excellent fruit”, as recorded by André Thevet in 1555, and comosus, “tufted”, refers to the root of the fruit. Other members of the genus Ananás are also called pino, in other languages. 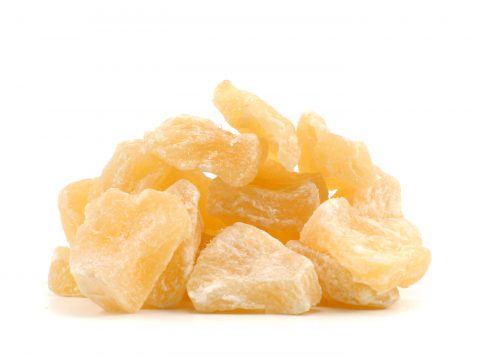